Have you ever heard of the Hanseatic League, the "Hanse"? It was not only the biggest trade association in medieval times but  also  an extremely powerful political institution.

Lübeck used to be the Queen of this “Hanse” (Hanseatic League) for hundreds of years. Lübeck was thus one of the most important cities in the North of Europe in those days.

Do come on a tour with us. Let us show you the grand Patrician houses and the warehouses where merchants stored salt and other goods from all over the world. Marvel at the impressive brick gothic churches and find out about the social institutions which helped the poor and homeless of those days to survive! Listen to tales about the life of the merchants, how they used their European networks and how they expanded their trade connections in the East to make ever more money and maximise their influence. 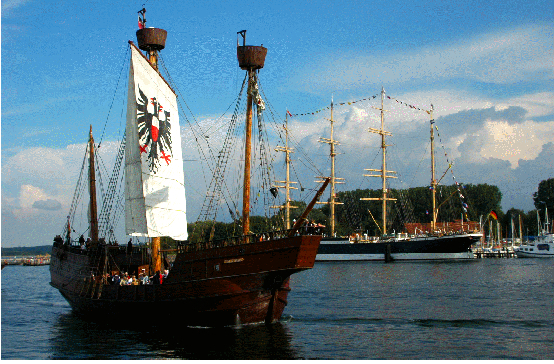